Theory of everything is made possible by the discovery of a “closed fluid dynamic principle” working in a closed fluid space-time system (universe). Through the principle of fluid space-time, almost all the unexplained mysteries of the universe are revealed I.e. How the universe came into being with matter and the most basic force “Gravity”? And why gravity increases and decreases going towards and away from bodies? How force took birth? What makes inertia occur? Since when and how the three basic laws of motion work? And why they work that way? What unifies quantum mechanics (especially gravity) and general theory of relativity? And what modification is needed in the third law of motion?

Consider someone standing in a room that is completely filled with water, with no little empty space in it. He can only move ahead by pushing water, which as a result takes his emptied position from behind. Otherwise he can’t move. This is a “closed fluid dynamic principle” working in fluid space-time. The time he moves, he strikes with fluid space and anything that comes in between gets stuck ( This is like an open paper kept on hand and is moved in the water). That’s “Gravity”. And “Force” is because of the push and pull occurred between him and fluid space. They take each other place to adjust and make the movement possible.

Wherever there is emptiness, there is fluid space either near massive bodies (planets, stars, etc.) or up in the deep space. Everything in the universe moves due to the push and pull made possible by the fluid space in a closed system. This push and pull (interaction) takes place at atomic level.

A big change of state

This theory can explain the universe and its basic ingredients in a possible way ever. All of this starts from the existence of closed space-time (not sure what made them exist). Then due to something some of the space (potential energy) turned into matter (e=mc2). The matter had less density with respect to space. Due to no up and down of the universe, the matter kept roaming in it (like a football in an ocean with no up and down). This change made the space active.

The reason for the existence of the mass (inertia) of matter is possible because matter is another state in the vast universe of fluid space-time. I.e. consider feeling the presence of water in your palm being at the bottom of deep pool; you can’t feel, but out of water you can feel the presence of that water.

This is the very point in the universe where force, Kinetic energy, movement, matter (inertia), and all the laws of motion took birth.

Different states of fluid space give birth to energies like K.E, P.E, etc. If space is static, that’s P.E, and if a body makes space dynamic , that’s where K.E takes place.

So, “kinetic energy is the movement of fluid space due to matter’s interaction with it. “

Or “It is the movement due to force and/or force due to movement.”

The prime force, responsible for all other forces, is the disturbance (dynamic state) of fluid space-time owing to the “closed fluid dynamic principle”

“Every action has a reaction equal in magnitude and opposite in direction.” F (action) = −𝐹 (𝑟𝑒𝑎𝑐𝑡𝑖𝑜𝑛)

Reaction is opposite in direction only when action is performed on a stationary body.

On the other hand when body is receiving force (action) and starts moving,

“The reaction is in the direction of action”

That is why the body in space moves forever when moved.

Remind yourself the room filled with water and remind motion occurrence due to fluid space adjustment.

This answers all the following

Gravity, as above mentioned, takes place due to the collision of matter (consider Earth) with fluid space during movement and anything that comes in between them gets stuck as long as the matter keeps moving in space. This is how gravity on earth and other bodies is.

Why is Gravity maximum at Earth’s crust and why does it weaken on either going upward or down towards crust?

Let’s consider that somewhere up around planet Earth is a layer like Ozone separating inner fluid space (near Earth) from outer fluid space, Earth in the middle of the round circle of layer. Now, trapped space along with the layer is pressurized by the outer space while it revolves around sun (as it strikes with space). This strike exerts pressure on each part of the planet. 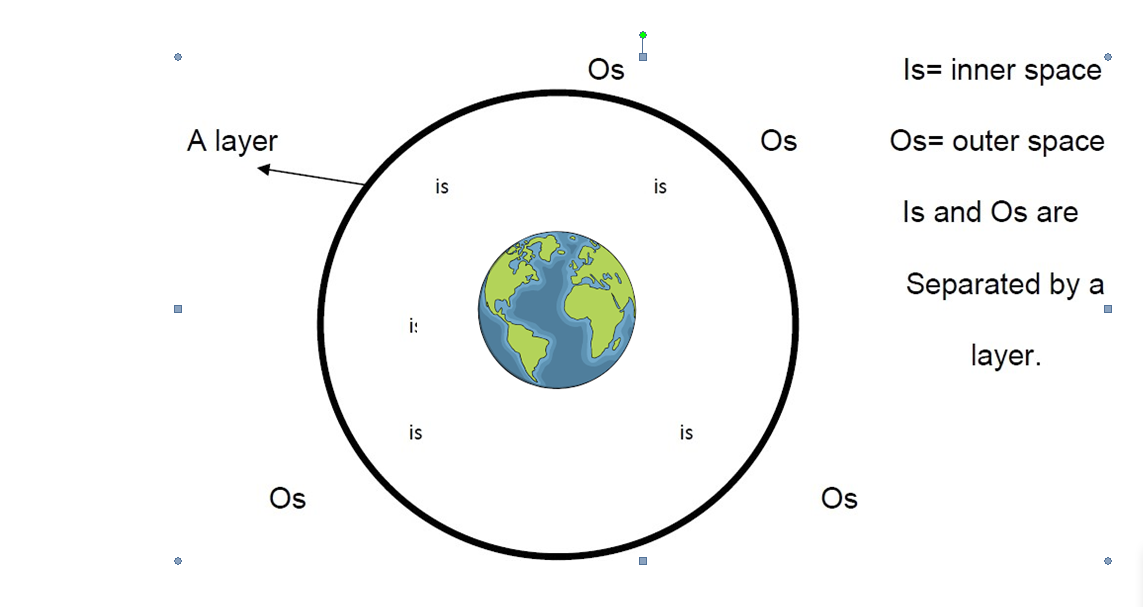 Einstein’s explanation of Gravity is no different than mine. His gravity is body accelerating upward. Which, in other words, is a strike of bodies with space when moving in the universe. The heavier the body is, forcefully it strikes with space. More powerful is the matter held in between.

This also clears us that anybody (planet, etc.) moving straight would feel gravity in one dimension i.e. from the front and from behind. This is because the front portion directly strikes with space and at the same time the moved space from the front takes the emptied position (while the body is moving) from behind, exerting force from behind as well, as a reaction. To observe gravity on all directions like Planet Earth does, the body has to spin and revolve to make the space strike all sides of the body equally.

Gravity that controls the universe is the same as mentioned above; it’s the universe itself striking with space (like planet Earth) in a multiuniverse. And all the matter being on their position is not due to dark matter but the pressure felt due to the strike equally from all sides. Fluid space around matter in the universe keeps each object on its place by exerting equal forces from all sides. ( detail is in my other theory “ gravity of the universe”)

By considering Fluid space as a big role player, we may add some changes to the following.

The Auther is “Muhammad Aslam Musakhail”

Are you on the lookout for a universal vape mod holder for your car or truck? Look no further than VAPOR-LOK – World’s Only Universal Vape Mod Holder. The holder is designed with present day requirements in mind to offer optimum comfort and portability. It comprises a completely portable and one-size-fits-all design and you don’t […]

In the IT industry, we have seen the passage of web pages from the desktop to the mobile. It was not easy for web designers and web development companies to adapt to this change. During the beginning of this transition, many companies had a project to develop web applications with their separate site. Famous sites […]

Nowadays, in the world of Hookah, we have several options of brands, models, sizes, colors and etc. but what has to be highlighted in recent times are small Hookah Ottawa. Among the various models available in the market we will make a detailed top 5 models. Triton Zip: We started with the most famous small […]