Saeid Jamali is an entrepreneur who has devoted his life to changing the healthcare industry with intellithing, a cutting-edge project that was developed when he was attending Manchester Metropolitan University. This unique project has been in development for four years. It consists of seven people on staff, including Saeid himself as a founder. Aside from leading the Al-powered smartwatch app project, he has written a book titled ‘’Big Data,’’ which will influence our future technological advancements. 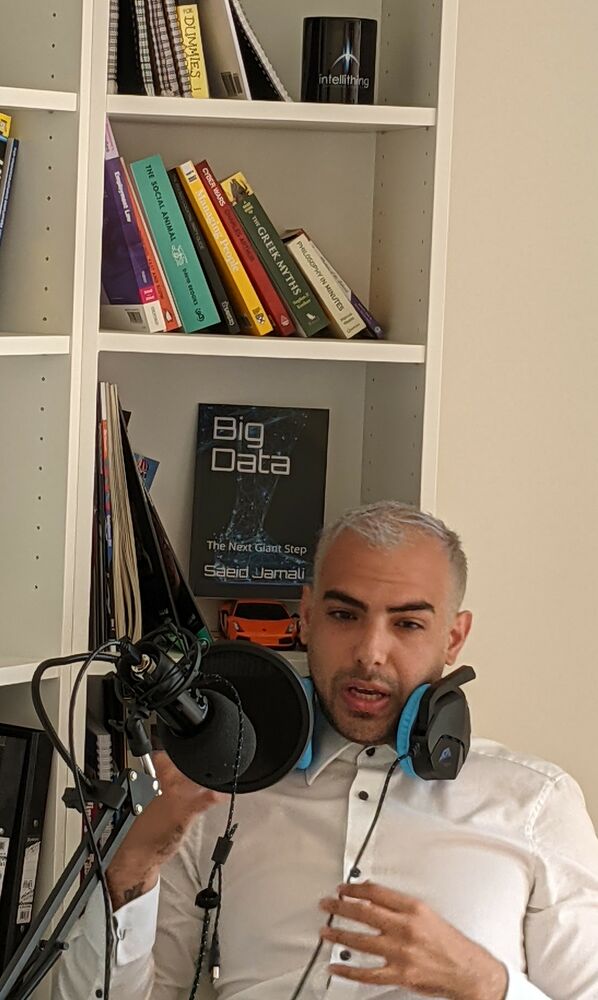 The inteillithing app analyzes a person’s body and provides an easy way for them to take action based on its findings. Saeid’s technology could have a major impact on the healthcare industry. With his Al-powered smartwatch app, Saeid is revolutionizing how people monitor their bodies and make decisions about what they eat or exercise for optimum performance levels. He is currently in negotiations with investors to raise $150,000 to market his product into existing markets or create new opportunities through partnerships with other companies who can help expand what was envisioned when developing inteillithing.

Saeid Jamali is an entrepreneur who doesn’t like the idea of working for someone else. He’s always been creative, so he mixed his skills as an engineer and entrepreneur by starting up a company specializing in networking, web services, and big data development with cutting-edge technologies such as IoT to create something new, which has never been done before.

One of the skills that Saeid Jamali gained at Manchester Metropolitan is how to see things differently and have confidence in doing what needs to be done. He’s a man of many ambitions, and he knows what it takes to succeed. There’s a fire inside of him that will not be extinguished. He has been driven by his courageous spirit from the day he set out on this journey, and there is nothing in particular standing between him and success now.

The Weather: Radar & Forecast is an android app designed to help you stay ahead of the weather, no matter where you’re. The app combines a plethora of cool and interesting features that may grab your interest. Hourly/Daily Forecast is one of those features making it one of the best free forecast apps available in […]

As its name suggests, the app combines everything necessary to turn your boredom into a real entertainment. This video player app supports all sorts of video formats, allowing you to access any video file without any problem. What makes its best is its automatic sort-out feature that keeps your video files in a well-ordered form. […]

Are you tired of life and want to try something new? iFUN app is the latest mobile app designed and developed by an NYC-based tech company AI IT NY, Inc. The app is currently available on a crowdfuding platform Kickstarter, and is expected to be launched in April 2019. Due to its unique concept, iFUN […]