It’s a great time to consider buying your first drone. Drone clubs and drone racing competitions are on the up. There is also an increasing demand for arial photography and a number of new drone professions. Drones have never been cheaper and it’s possible to pick up a starter drone such as the Parrot Mambo fly for around £50-60. Yes – it’s possible to pick up your first drone for less thank £100 and here’s how to decide which is the drone for you… 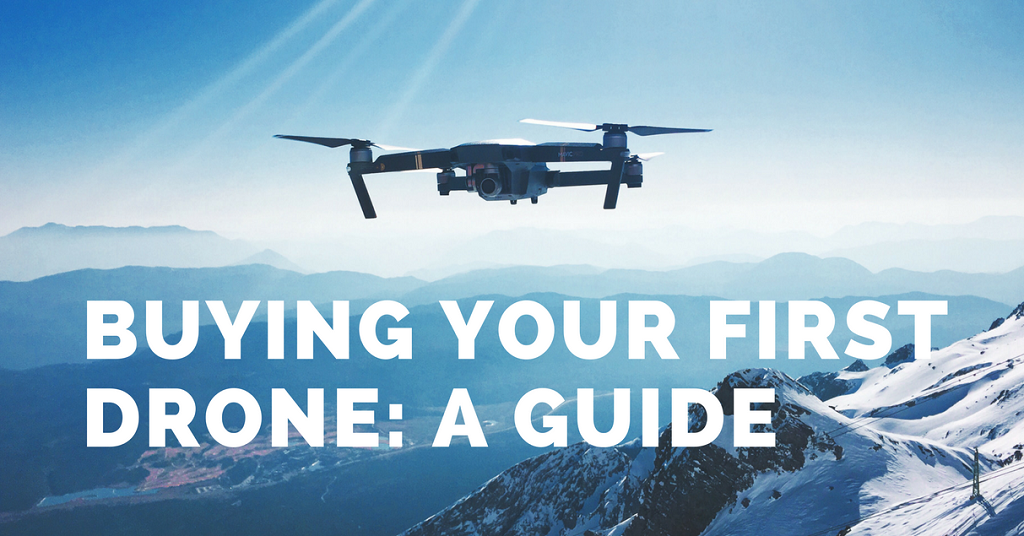 Most people will go for a Quadcopter rather than an Octocopter for their first drone. Although Octocopters are generally stronger and more professional, they are a lot more expensive and more difficult to fly. Most cheap starter drones on the market are Quadcopters – this means that they have four propellers rather than eight (Octocopter).

What Type of Drone?

it is important to consider what type of drone you want when you first start droning. If it’s just for kids you can go for a toy drone. If it’s for family pics, taking a look at the best selfie drone would be a good idea.

It is unlikely that you would spend money on a professional drone straight away. If you do want to get into droning as a hobby, the main decision is whether you want to go for a good drone for arial photography or whether you want to race, in which case go for a faster racing drone. Many drones these days have apps for your smartphone and send footage to the cloud.

Things to Remember when you fly your first Drone

Remember that when you buy a drone…

– Read the manual fully before setup and use

– Stay at least 5 miles away from all airports.

Dash Cam: What to Know Before Buying a Dash Camera for Your Car

The dash cams, known as camcorders for car, are cameras that serve both for vehicle safety and for recording road videos, whether traveling, sightseeing or for audio-visual work. These cameras need to have characteristics different from the technical specifications of conventional camcorders. There are features that can make all the difference in usability of a […]

Top Gadgets of 2016 that Makes the Year Innovative

There are some backbones of the top gadgets of 2016, including the Oculus Rift, the HTC Vive, and new ultra super definition huge TVs that comes with great deals of new stuff that was a finished astonishment. These are the 10 devices and bits of new innovation that emerged from the collection: DietSensor SCiO Food […]

XWHEEL is a new phone accessory design created by Brad Clevinger, an engineer with the passion and love for car toys. XWHEEL is a device that transforms your smartphones to a toy car. The XWHEEL comes in a sleek design with wheels and a flat surface, where you can place your smartphone and move the […]